Russia Foreign Ministry: NYT article on Russia in Afghanistan fake from US intelligence 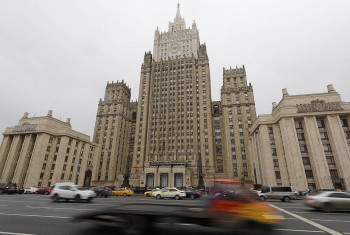 "We have paid attention to another piece of fake news, launched in the media space by the American intelligence community, about alleged involvement of Russia’s military intelligence unit in contract killings of US troops in Afghanistan. That unpretentious fake clearly demonstrates low intellectual abilities of US intelligence propagandists who have to invent such nonsense instead of devising something more credible. Nevertheless, what else could be expected from the intelligence agency that has failed miserably in the 20-year-long war in Afghanistan," the foreign ministry noted.

"Should we speak about facts - moreover, well-known [facts], it has not long been a secret in Afghanistan that members of the US intelligence community are involved in drug trafficking, cash payments to militants for letting transport convoys pass through, kickbacks from contracts implementing various projects paid by American taxpayers. The list of their actions can be continued if you want," the ministry said.

The Russian Foreign Ministry suggested that those actions might stem from the fact that the US intelligence agencies "do not like that our and their diplomats have teamed up to facilitate the start of peace talks between Kabul and the Taliban (outlawed in Russia - TASS)."

"We can understand their feelings as they do not want to be deprived of the above mentioned sources of the off-the-books income," the ministry stressed.