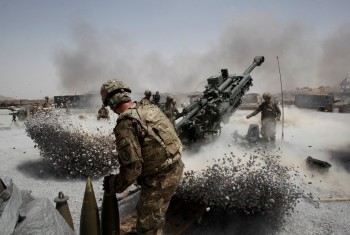 Ending Afghanistan’s endless war may lead to an endless peace process, given Afghanistan’s complicated history and politics. Secretary of State Pompeo visited Afghanistan in March and, after threatening to cut off aid to Kabul, traveled to Doha to meet with the Taliban. This was later followed by a meeting with the Taliban by General Scott Miller, Commander of the U.S. forces in Afghanistan, and Ambassador Zalmay Khalilzad, both of whom then went to Islamabad for talks with Pakistan leadership. And most recently, President Donald Trump had a telephone conversation with Pakistani prime minister Imran Khan.


This hectic diplomacy, coming so quickly after the signing of the Doha deal, is hardly a good omen for the peace process. Adding to the uncertainty is the yet unknown impact of coronavirus, which could accelerate the U.S. drawdown, affecting the implementation of the peace deal.

But the reality is the U.S.-Taliban “agreement” is not actually a peace deal; It is a chance to get one. A lot needs to be done to get there, and the journey to peace is long and hard. As we move forward. Afghanistan would need all the help it can get in dealing with a Taliban strengthened by America’s abandoned war—and no other country’s help matters as much as that of Pakistan. But Pakistan, or any other country, can only facilitate; the onus of fixing the country is on the Afghans. If the Afghans do not get their act together, the war will continue, but under another name, long after Americans have left.

Sadly, Afghanistan for a good part of its history, has been at war with itself. Foreign powers have sometimes provoked these wars and sometimes joined them. The United States joined the battle twice, but is leaving now because Afghanistan’s conflicts are beyond resolution by foreign powers—especially by military means.

Left to themselves, can Afghans find peace? Developments since the signing of the Doha deal are neither promising nor surprising. The fact is, whether it is the rivalry between President Ashraf Ghani and Abdullah Abdullah, or differences over the terms of the intra-Afghan dialogue, the composition of Kabul’s negotiating team, prisoners exchanges, or an uptake in violence, all of these are merely symptoms of Afghanistan’s deeply ingrained tensions.

Three foundational issues have been at the heart of Afghanistan’s numerous tensions: structure and the distribution of power, ethnic balance, and resistance to control and modernization. It has serious fault lines—ethnic, tribal, regional, sectarian, and ideological—and a rural/urban divide. Afghanistan is also exposed to competitive geopolitics and contested regional politics. Its conflict-prone internal make up, which incites unending struggles for power and the risk of external intervention, only enhance the potential for instability.

Pakistan, by virtue of hosting the Taliban senior leadership, will have a significant impact on Afghanistan’s future. A New York Times report on January 16, 2020 had this to say about the Taliban Pakistan liaison: “Members of the Taliban negotiating team repeatedly traveled from Doha…to consult with the group’s leaders and commanders in Pakistan, where they enjoy havens.” Another New York Times report on the eve of the signing of the U.S. Taliban deal said: “Mullah Abdul Ghani Baradar, the Taliban deputy leading the talks, traveled to Pakistan and held several large meetings, some with as many as 300 senior and mid-level commanders and officials, to bring them on board with what he said was the best deal he could negotiate.”

There is little doubt the Taliban have achieved at the negotiating table what they failed to get on the battlefield. Mullah Za’if, former Taliban Ambassador, said in Doha, after the signing ceremony, that “all” their demands had been fulfilled. On the other hand, the Kabul government with its exclusion from the U.S.-Taliban deal, and facing aid cut off by Washington, has been weakened and almost delegitimized. This leaves the Taliban as the commanding force of change in Afghanistan.

But the Taliban’s future success would depend on whether Pakistan facilitates or restrains their ambitions, and how their game plan plays out in the larger context of what other major players within and outside Afghanistan do.

The fact is, bringing peace and stability in Afghanistan will require the resolution of several conflicts, and involve multiple dialogues surrounding the so-called intra Afghan dialogue.

First, there is the dialogue among major political players on the Kabul side. That is where matters like ethnic balance, power sharing, the constitution, and the brief for talks with the Taliban will have to be addressed. These are all contentious issues. Several peace proposals have already been offered by different political parties, groups, and personalities with varying agendas.

Second, you need a dialogue between Afghanistan and Pakistan that should address the fundamentals of their relations once described by Zalmay Khalilzad as “the mother of all relations.”

Third, the conversations among regional powers, whose own rivalry and competition find a convenient arena in Afghanistan, which complicates its search for peace. Not to mention the U.S.-Afghan dialogue that should clarify the nature of future U.S. engagement, especially its financial support that would impact the future of the Afghan National Security Forces (ANSF) and thus indirectly the peace process.

Finally, who will mediate the intra-Afghan talks? Will there be a peace keeping force? What will be the forum for the regional countries to relate to this dialogue, and who will be part of it?

How can Pakistan help?

The Pakistani leadership’s statements on Afghanistan’s future, supporting an “Afghan-led, Afghan-owned peace process,” are fine as a public relations exercise. But as an official policy, it is inadequate. The Afghan government is too weak and divided to lead or own the peace process by itself. It will need Pakistan’s cooperation as it faces an ever more assertive and irreconcilable Taliban. But Pakistan is unlikely to give this help outside the gamut of Pakistan-Afghanistan relations.

Afghanistan and Pakistan have had a tortuous shared history and a disputed border. Each has responded by becoming friendly with the other’s enemies. Many of Afghanistan’s problems are a blowback from its irredentist claim against Pakistan and interference in its internal affairs allegedly in collaboration with India. And many of Pakistan’s problems originate from its poor policy choices to meet the Afghanistan challenge. Pakistan has thus legitimate concern about Afghanistan’s behavior, just as Afghanistan understandably blames Pakistan for its Taliban problem.

Pakistan needs to have a strategy that should pivot around seeking a peaceful and stable Afghanistan. It should look at Afghanistan as a complex of challenges that affect regional security, Pakistan’s internal stability, its own economic future and that of the region. It should go beyond looking at Afghanistan through the security lens.

In the 1990s, the field was left clear to the Taliban. But this time there will be more resistance within the country. Afghans have something to fight for. Education has expanded, women’s rights have improved, the media has been revived, and people have sampled democracy, however tainted it might be at the present. The ANSF will try to resist, but if it disintegrates, the remnants might join the CIA-funded regional militias or other armed groups might put up a fight.

Pakistan’s strategy should include well thought out terms of engagement with the Taliban. Neutrality should not be an option. Pakistan’s neutrality is Taliban positive. It will give them an edge in the dialogue and in the conflict if the talks fail. Pakistan’s objective should be to limit the prospect of a prolonged armed conflict by prodding all parties specially the Taliban to accept a negotiated settlement. The alternatives would be horrific.

Left to themselves, the Taliban will pursue a “Taliban First” policy, dragging Pakistan into their conflicts and subordinating its interests to their own. The Taliban will not come to power without a fierce civil war, and cannot stay in power without conflict. Among other serious consequences, this would make Pakistan’s task of dealing with its militant organizations all the harder. The Taliban still maintain links with those who helped them in the 1990s and may do so again, keeping Islamabad under FATF scrutiny.

Any future promotion of Pakistan’s regional interests by Taliban in power will thus come at a cost. And it will also cost China, which sees a peaceful and stable Afghanistan as crucial to the success of its BRI project. Pakistan has to work in concert with China and not alone, like in the 1990s.

Pakistan must not relinquish its leverage over the Taliban and let them yoke the future of Afghanistan to their ambitions at only a marginal benefit to itself. This time much more is at stake.
Story Code: 92717
Short url: http://www.payam-aftab.com/vdchqqnw.23nizd10t2.html
Pakistan and COVID-19; enabling peace in Afghanistan?
US-Taliban Deal Provides Opportunity for Reconciliation in Afghanistan: Pakistan
Pakistan, Afghanistan trade at standstill
Did Pakistan Win the Afghanistan War?
Pakistan urged to allow cargo containers to cross into Afghanistan