The Taliban have dismissed a government call for a Ramadan ceasefire in Afghanistan, saying a truce is “not rational” as they ramp up attacks on government forces.
Date of Publication : Sunday 26 April 2020 12:01 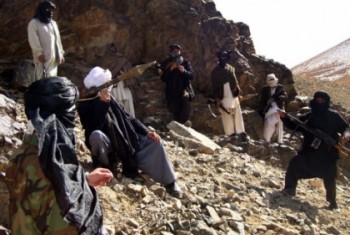 The Taliban have dismissed a government call for a Ramadan ceasefire in Afghanistan, saying a truce is “not rational” as they ramp up attacks on government forces.
President Mohammad Ashraf Ghani appealed to the militants to lay down their arms for the Islamic holy month that began Friday, as the country battles the growing coronavirus pandemic.
But the Taliban’s spokesman Suhail Shaheen tweeted late Thursday to lambaste the government’s offer, citing ongoing disagreements over a potential peace process and a delayed prisoner exchange as reasons to keep fighting.
“Asking for ceasefire is not rational and convincing,” wrote Shaheen as he accused the government of putting prisoners’ lives at risk during the outbreak.
Under a landmark US-Taliban deal signed earlier this year, the Afghan government and the insurgents were by now supposed to have concluded a prisoner swap and started talks aimed at bringing about a comprehensive ceasefire.
The latest round of bickering comes after dozens of Afghan security forces personnel were killed in a fresh wave of violence launched by the insurgents this week.
The attacks have mostly been limited to rural areas and small towns. Under the US-Taliban deal, the insurgents have agreed not to attack cities.
Story Code: 92512
Short url: http://www.payam-aftab.com/vdcaumno.49nu61gtk4.html
Taliban, U.S. Engage in Twitter Spat Amid Rise in Afghanistan Violence
Afghans Claim Foreign Combatants Fighting Alongside Taliban In Violation Of Peace Deal
Taliban Constitution Offers Glimpse Into Militant Group's Vision For Afghanistan
Protect Afghanistan, world from Taliban
US-Taliban Deal Breaks Down
Copyright© Payam-aftab.com, all rights reserved