David Petraeus Fires Back at Report That U.S. Officials Misled About Afghanistan

ad in neighboring Pakistan. That said, there was undeniable progress on the security front, and I stand by what I told Congress and the national security team during that time.”
Date of Publication : Saturday 4 April 2020 17:19 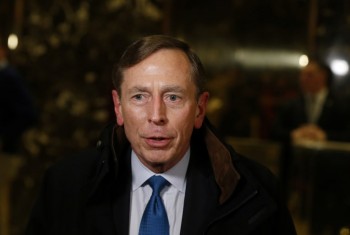 General (Ret.) David Petraeus, who commanded U.S. forces in Afghanistan in 2010 and 2011, has fired back at a scathing report by The Washington Post that claimed, on the basis of extensive documentation, that U.S. officials “constantly said they were making progress” in the war against the Taliban when “they were not, and they knew it.”

“I stand by the assessments I provided as the commander in Afghanistan,” Petraeus said in a statement emailed to The Daily Beast. He said he believes “the security gains, while very hard fought and fragile, were indisputable. We clearly reversed the momentum the Taliban had on the battlefield (they had been steadily taking districts from Coalition and Afghan forces for several years prior to 2010).”

Petraeus said that, during his one-year tour, Afghan forces and combined Coalition and Afghan forces took back several key districts. He also noted that Osama bin Laden was “brought to justice during my final months in Afghanistan. And the number of weekly attacks was down significantly, year-on-year, after nine years of steady year-on-year increases, and that continued for over a year, well beyond my departure.” Anti-corruption efforts led to the firing of several top figures in the Afghan military, Petraeus said.

“And Afghans were definitely fighting and dying for their country. Was it all hard all the time? Yes, without question. Were there frustrations with corruption and numerous other issues? Absolutely, there were endless frustrations, among them the sanctuaries that the insurgent elements h