Being a key player in Afghanistan, Turkey may be included in the Moscow format, says Russian President Vladimir Putin’s special presidential envoy for Afghanistan.
Date of Publication : Saturday 23 February 2019 11:33 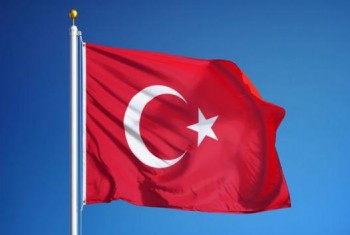 Currently on a trip to Ankara, Zamir Kabulov met on Friday with his Turkish counterpart Rıza Hakan Tekin on the Afghan-led the peace process.
After the meeting, the Russian diplomat said: "We noted that we perfectly understand the influence and significant role of Turkey in this region and see it as an important player in the Afghan settlement."
He said Turkey and a number of regional states had full right to be part of the Moscow format to resolve the Afghan problem.
Kabulov claimed the US was ready for dialogue about cooperation with Moscow on combating Daesh and al-Qaeda terrorist groups in Afghanistan.
US special envoy Zalmay Khalilzad conveyed him America’s willingness for substantive discussions on cooperation with Russia, he added.
“We take it as a sign that we have been heard, let the professionals take care of this now," Kabulov said.
Russia would be pleased if Turkey attended the next meeting in Moscow, he remarked after meeting Khalilzad, promising cooperation with the US in the fight against al-Qaeda and Daesh.