From Afghanistan to Iran, terror-sponsor Pakistan makes its presence felt

Iran, irate over a terror strike by a Pakistan-based Sunni group against 27 soldiers of its IRGC has vowed vengeance on Pakistan. Sources has said the Saudi crown prince Mohammed bin Salman's decision to shorten his visit to Pakistan was a signal of displeasure.
Date of Publication : Monday 18 February 2019 09:39 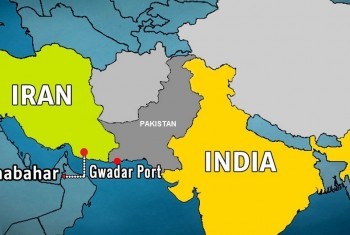 It isn't only India that is having problems with Pakistan and its fatal relationship with terror. On Sunday, Afghanistan officially complained to the UN Security Council against Pakistan's recent engagements with the Taliban, as a "violation of the national sovereignty of Afghanistan".
Iran, irate over a terror strike by a Pakistan-based Sunni group against 27 soldiers of its IRGC has vowed vengeance on Pakistan. Sources has said the Saudi crown prince Mohammed bin Salman's decision to shorten his visit to Pakistan was a signal of displeasure.
India will resume its diplomatic offensive this week, seeking to engage more countries in the wake of Thursday’s Pulwama attack. India plans to sensitise visiting heads of government, focusing on the Saudi crown prince. On Sunday, however, Pakistan called India’s stance 'delusional' and said Islamabad was complying with the law on Jaish-e-Muhammed. In a statement, Pakistan’s foreign office said, “JeM remains a proscribed entity in Pakistan since 2002 and Pakistan is implementing its obligations on sanctions implementation.”
In a strongly worded letter, Afghanistan's envoy to the UN "call(ed) on the Government of Pakistan to take decisive action against known terrorist and extremist groups on its territory, which pose a common threat to Afghanistan, Pakistan, and the region. Any passivity in fulfilling this objective not only undermines broader counter terrorism efforts but also have a profound impact in providing further space and capacity for such groups to continue their attacks in Afghanistan and the wider region."
Meanwhile, Major General Mohammad Ali Jafari, Iran's Commander of Revolution Guards (IRGC) said, "Iran will retaliate against the group if Pakistan fails to punish them". On Sunday, foreign minister Sushma Swaraj met Seyyed Abbas Araqchi, deputy foreign minister, and exchanged condolences for the two almost simultaneous terror strikes against their respective security forces by Pakistan-based and support terror groups. The IRGC was attacked by a group from Jaish-al-Adl in their Sistan-Baluchistan province - Jaish al Adl operates out of Pakistan. Iran's president Hassan Rouhani has also promised retribution for the attack.
IRGC was attacked by Jaish-al-Adl in the Sistan-Baluchistan province.
Afghanistan flagged the reported meeting between Taliban and Pakistan PM Imran Khan. "This initiative is a source of deep regret and concern to the people and Government of Afghanistan as it amounts to the official recognition and legitimisation of an armed-group that poses a serious threat to the security and stability of Afghanistan, and whose members are sanctioned by provisions of the UN Security Council's 1988 Committee's Sanctions Regime."
Essentially, Afghanistan has criticised the meetings between the Pakistan government and Taliban leaders who are proscribed by the UN's 1988 Committee. The Taliban meeting with Imran Khan which was scheduled to be held on Sunday was cancelled.
In the past couple of days, almost 60 US Congressmen and Senators have personally reached out to India to convey their support and condemn the attack. Across party lines, Senators Bob Menendez, John Cornyn, Mark Warner, Tom Cotton, Jack Reed, Ben Cardin, Marco Rubio, Chuck Schumer, Kevin Cramer, Cory Booker, and Ben Cassidy among others used the hashtag #KashmirUnderAttack to offer condolences and said the US stood with India against terrorism.
From the House of Representatives, chairman of the powerful house foreign affairs committee, Eliot Engel as well as Joe Wilson, Tulsi Gabbard, Ted Deutsch, Pete Olson, George Holding, Pramila Jayapal, Brad Sherman, Will Hurd, Paul Gosar, Kevin Brady, John Ratcliffe, Frank Pallone, Raja Krishnamoorthi, Ami Bera, Joe Kennedy, Sheila Jackson Lee and others joined the chorus of condemnation for the attack.