NATO heads of state to meet in London this year

NATO heads of state and government would meet in London at the end of the year, the alliance chief said on Wednesday.
Date of Publication : Wednesday 6 February 2019 15:48 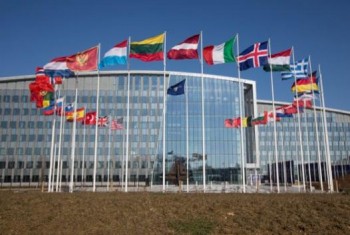 “I am pleased to announce that allies have agreed the next meeting of NATO heads of state and government will take place in London in December,” Jean Stoltenberg said.
In statement, he added: “We are grateful to the UK for agreeing to host this meeting in NATO’s 70th anniversary year. London was home to NATO’s first headquarters,” he recalled.
The United Kingdom was one of NATO’s 12 founding members and continued to play a key role in the alliance, making essential contributions to shared security, he said.
The meeting would provide an opportunity for allied heads of state to address present and future security challenges and to ensure NATO continued to adapt to keep its population of almost one billion people safe.
Story Code: 88487
Short url: http://www.payam-aftab.com/vdcgut97.ak9774j5ra.html
Reporter : Hafizullah Rajabi
Afghanistan's NATO force needs top civilian: UN
Afghanistan Is NATO's Most Important Challenge
Afghanistan, Iran, NATO focus of security meeting
Afghanistan to review NATO, US military presence
From Afghanistan, NATO shells militants in Pakistan
Copyright© Payam-aftab.com, all rights reserved