​India in touch with key stakeholders in Afghanistan

India is preparing for any eventuality in Afghanistan by being in regular touch with key political stakeholders in the war-ravaged country and with the other nations including key regional powers that want stability there, according to senior officials.
Date of Publication : Monday 4 February 2019 09:59 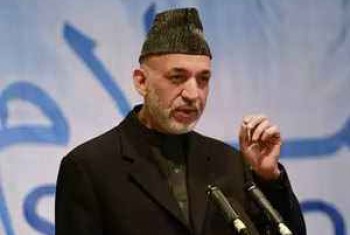 The Taliban, a hardline group, were ousted from power in Afghanistan by a US-led campaign in 2001. The US administration is in the process of reducing the number of its troops in the country and enter into a peace accord with the Taliban. When this happens, the Narendra Modi government would want its politico-security interests in Afghanistan guarded, but at the same time it’s not in favour of any interim arrangement that lacks legitimacy, the official cited earlier told ET.
The interim administration runs the risk of being dominated by figures who are imposed from abroad and, therefore, will not be in the interest of the Afghan people, sources pointed out.
ET has learnt that New Delhi is in touch with several Afghan political leaders across parties to prepare for any eventuality. The entire Afghan political leadership, including former president Hamid Karzai, is holding consultations with India regarding future of their country.
“India will not be caught off guard. While the future of Afghan situation is a key item on the agenda of Indo-US ties, the government is in touch with Moscow as well as Tehran, with both having vital interests in the landlocked country. Besides, India is in consultation with China and has launched a capacity building project for Afghan diplomats,” a source said.
Rising terror attacks in Afghanistan is a worry for both Russia and Iran and such phenomenon will have spillover impact across Afghan boundaries. The functioning of Chabahar Port, whose operations are run by India, serves the purpose of Afghanistan as well as the Eurasian nations that have high stakes in Afghanistan.
According to the sources, the situation in Afghanistan will be on the agenda when the foreign ministers of Russia, India and China meet in Shanghai later this month. Similarly, while withdrawing from Afghanistan, the US should not be solely guided by some regional powers and ignore Delhi’s interests, one the sources said. No other country apart from India has invested so heavily in improving the socio-economic conditions of the Afghans since 2001, the source said.
The Taliban, one of the sources pointed out, does not represent either the entire majority Pashtun community nor can it represent the minorities—Tajiks, Uzbeks and Hazaras—who are as much an integral part of the country as the Pashtuns. India, he said, maintains ties with all communities and represents their interests, and its support is imperative for any government in Kabul.