Talks hosted by Russia will not help in peace process, says Afghanistan

Afghanistan has said that peace talks being hosted by Russia next week will not help the peace process and that Moscow should respect an Afghan-led and owned peace process, amid reports that the Taliban have refused to meet with Afghan government representatives at the meet.
Date of Publication : Saturday 2 February 2019 12:53 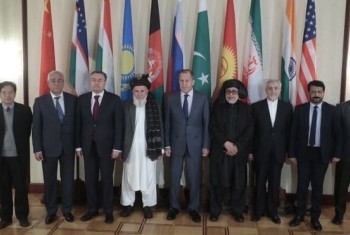 Afghan Ministry of Foreign Affairs spokesperson Sebghat Ahmadi said: “Holding such meetings will not help us in reaching peace. We did not and do not see such meetings as necessary and will not attend this meeting."
“We hope that Russia like other countries will express its commitment on recognizing Afghanistan’s role as leader and owner of the peace process,” Ahmadi added.
The Afghan High Peace Council (HPC) said they support any action that facilitates face- to-face talks between the Afghan government and the Taliban.
“No doubt, we welcome the moves which are being taken for starting peace negotiations, facilitating peace process and supporting the process,” HPC spokesman Sayed Ehsan Taheri said.
Russia's move comes after US Special Representative for Afghanistan Zalmay Khalilzad announced last week that the United States and Taliban have agreed in principle to chalk out a framework for a deal that could end the 17-year old conflict in Afghanistan.
Khalilzad said the Taliban would guarantee that Afghanistan will never be used as a base for terrorism in return for a full American withdrawal from the country and that Taliban concessions must include a ceasefire and agreement to hold talks with the Afghan government.
On January 29, Russia's special envoy for Afghanistan Zamir Kabulov visited Pakistan to discuss the Afghan peace process and held talks with Pakistan’s top civil and military leadership at the Foreign Office
Meanwhile, Russia’s Foreign Ministry spokesperson Maria Zakharova was quoted as saying that Russia is closely working with Pakistan regarding the Afghan peace process and fighting all terror groups operating in the region.
“We are closely cooperating with Pakistan on counter-terrorism efforts and Afghanistan peace. We are worried about the expansion of Daesh activities there,” Zakharova said.
In November last year, Moscow had hosted a meeting on Afghan peace and reconciliation process, which was attended by representatives of the Taliban and envoys from 11 countries including the United States and a delegation of the High Peace Council.
The upcoming peace talks in Moscow will be attended by the second deputy of chief executive of the National Unity Government Mohammad Mohaqiq, Jamiat-e-Islami party leader Mohammad Ismail Khan, the former governor of Balkh Atta Mohammad Noor, and former president Hamid Karzai, along with representatives of the Taliban.
The Moscow talks came after officials from over 40 countries attended the International Contact Group meeting in London, this week, including US Special Representative for Afghanistan Reconciliation Zalmay Khalilzad and President Ashraf Ghani’s Special Representative on Regional Affairs for Consensus on Peace Umer Daudzai, to announce their support to the Afghan peace process.