Iranian Ambassador to China, Keshavarz Zadeh has said that the withdrawal of the US troops from the Syria and Afghanistan will bring security to the region.
Date of Publication : Saturday 2 February 2019 12:06 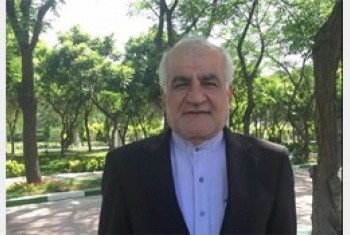 “To be frank, the US withdrawal from the region, not just Syria but also other countries like Afghanistan, will bring security to the region,” he told Global Times ahead of National Day celebrations. Iran will celebrate its 40th National Day on February 11.
About his priorities for China-Iran relations, he said, his priority is to deepen the relationship between Iran and China, not only in the economic sphere but also in cultural and political fields.
Iran and China complement each other in many ways. As for economic cooperation, there is still a lot of potentials to explore, he added.
Story Code: 88334
Short url: http://www.payam-aftab.com/vdchkxn6.23n6xd10t2.html
Source : APP
Reporter : Hafizullah Rajabi
Tehran supports Afghan-led peace process: Iran envoy
​Iranian studies room opens in Kabul Rabbani University
Iran assures Afghanistan of support for peace process
​Iran condemns suicide bombings in Kabul
Herat governor hails Iran’s hospitality to Afghan refugees
Copyright© Payam-aftab.com, all rights reserved