Sources familiar with Doha talks said that on the fifth day of the US-Taliban talks in Qatar on Friday, US officials have accepted that their troops will withdraw from Afghanistan.
Date of Publication : Saturday 26 January 2019 10:19 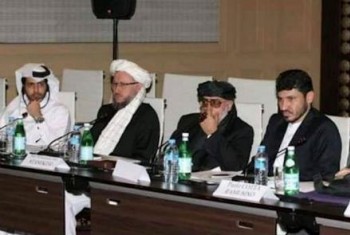 The sources also said that Taliban has agreed not to let Al Qaida and Daesh to operate in Afghanistan.
The sources added that US officials have asked for a ceasefire but Taliban has demanded a timeline for the withdrawal of US forces from Afghanistan.
Taliban has said that they want to be assured by US that there will be no threat for regional countries especially for Pakistan and then a ceasefire will take place, the sources said.
In these talks, the sources said, US Special Envoy Zalmay Khalilzad has asked Taliban to hold talks with Afghan government and that the talks should aimed at reforms not for a demand by the Taliban to control Afghanistan.
However, according to the sources, Taliban has not responded to this call by Khalilzad.
Based on unconfirmed reports, Taliban’s representatives will come to Kabul after a possible ceasefire and will talk with the Afghan government.
Sources said that the talks have entered their sixth day on Saturday.
Story Code: 88114
Reporter : Hafizullah Rajabi
Taliban sit for second day with Afghan leaders in Moscow
Ex-US envoy says washington has ‘delegitimized’ govt
Karzai welcomes progress in U.S.-Taliban peace talks
New Taliban Negotiator Seen as Sign That This Time, Afghan Peace Talks Are Serious
Khalilzad as US Special Envoy for Afghanistan: the Good, the Bad or the Ugly?
Copyright© Payam-aftab.com, all rights reserved