Russian official: US success to provide a peaceful life in Afghanistan is equal to "zero"

Member of the Federation Council Committee on Defense and Security. Frants Klintsevich, said Tuesday that the success of the United States in providing normal life in Afghanistan is zero.
Date of Publication : Tuesday 22 January 2019 14:46 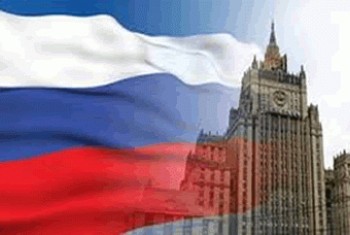 "I can only express my regret that there is no peaceful life in Afghanistan at all. On the contrary, every day the tension in this country increases," the Russian news agency Sputnik reported.
"I think that's because US forces have been in this country since 2001 ... Overall, their success in providing a relatively normal life for people is zero."
The Reuters news agency earlier quoted an official in Afghan Defense Ministry official as saying that more than 120 Afghan security forces were killed in an attack by militants from the extremist Taliban movement on a military base in Wardak province.
According to Klintsevich, such tasks were never left by the United States, as it was about creating a bridge to transport terrorists from Syria to Afghanistan, which increased the Taliban.
Story Code: 87996
Nicholson: Russia attempting to undercut America`s military gains
Russian envoy arrives in Pakistan to ‘discuss Afghan peace’
US rejects invitation to join Russia talks on Afghanistan — ‘unlikely to yield progress’
Afghan delegation to attend peace talks in Russia
US warning to Russia over Georgia
Copyright© Payam-aftab.com, all rights reserved