​The Great Game is not a zero-sum deal

Like India, China never had any intention of contributing troops to NATO’s anti-Taliban campaign. But as Asia’s strongest power and challenger to the U.S., China will shed no tears if the U.S. reduces its military strength or calls it a day after 18 years of a protracted and indecisive war in Afghanistan.
Date of Publication : Thursday 10 January 2019 11:18 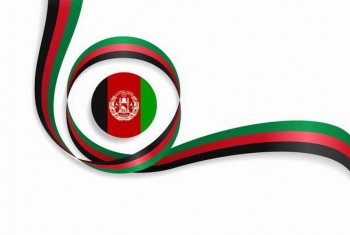 India and China can work together, bilaterally and in multilateral groupings, to build a secure Afghanistan
There is an air of uncertainty about the U.S.’s intentions in Afghanistan. The likelihood of an American pullout raises the spectre of instability in Afghanistan, South and Central Asia. If this happens, security could hinge on efforts made by regional powers to stabilise Afghanistan. Could China emerge as the power broker in Afghanistan? And could India help enhance Afghanistan’s security?
Like India, China never had any intention of contributing troops to NATO’s anti-Taliban campaign. But as Asia’s strongest power and challenger to the U.S., China will shed no tears if the U.S. reduces its military strength or calls it a day after 18 years of a protracted and indecisive war in Afghanistan.

Vital to development
Sharing part of a border with Afghanistan, China has a great interest in its stability. China would be adversely affected by war and chaos, which could spill over into north-western China, Pakistan, and Central Asia. As all these areas are vital in its Belt and Road Initiative (BRI), peace in Afghanistan is critical.
Over the last decade, China has gained considerable economic and diplomatic influence in Afghanistan. Unsurprisingly, Afghanistan’s President, Ashraf Ghani, made China the destination of his first official trip abroad in October 2014. China then announced its intention to build regional consensus on Afghanistan’s security.
It has joined the U.S. and Russia in several peace talks with the Taliban and is part of the four-nation Quadrilateral Coordination Group (with Afghanistan, Pakistan and the U.S.). It is giving military aid to Afghanistan, with the express intent of fighting terrorism and increasing security cooperation.
Despite the prevailing instability in Afghanistan, China has used diplomacy and finance to appear influential and generous. It has invested in projects such as mining, roads and railways, and health. A rail link, completed in 2016, and running from far eastern China via Uzbekistan to the river port of Hairatan in northern Afghanistan, could reduce the time taken to make shipments, from six months by road, to just two weeks. Infrastructure problems have halted work on the railway for a while, and the three countries are in talks to resume operations.
China’s diplomacy has highlighted its contacts with all parties to the conflict and enhanced its status as a power broker. In 2012, it brought Afghanistan into the regional diplomatic processes by giving it observer status in the Shanghai Cooperation Organisation (SCO). At the 18th SCO summit at Qingdao, China, in 2018, Chinese President Xi Jinping declared China’s readiness to train 2,000 law enforcement officers ‘for all parties’ in the next three years. The initiative was welcomed by Central Asian countries. For example, Tajikistan and Uzbekistan, which share a border with northern Afghanistan, are concerned about the Taliban and other terrorist groups becoming powerful in Afghanistan, and posing a threat. The SCO’s programme for 2019-21 also calls for combating terrorism, and generally enhancing security cooperation.

Dealing with Pakistan
If the U.S. withdrawal exacerbates conflict, southern Russia will also face the threat of an extremist spillover. Therefore, Russia and its Central Asian ‘near abroad’ would be willing to expand their cooperation with China to curb insecurity. How will China deal with Pakistan, its all-weather friend which trains and exports extremists across the Durand Line? Pakistan has become a crucial link in the BRI. And China has reportedly invested billions in the China-Pakistan Economic Corridor (CPEC), which cuts across disputed territory in Pakistan-Occupied Kashmir.
Since 2011, China has continually blamed Pakistan for exporting extremists to Uighur in Xinjiang, and for extremist attacks on Chinese workers in the CPEC area. But these incidents have not affected their friendship. Could China have some leverage over Pakistan? Pakistan remained the largest recipient of Chinese arms imports (2013-17). Would China’s strategic and economic interests prompt it to press Pakistan to stop exporting terrorists across the Durand Line? These are the big questions.
India supports China’s role in international negotiations on Afghanistan, the activation of the SCO-Afghanistan Contact Group and other mechanisms of dialogue and cooperation for restoration of peace and development in Afghanistan.
For its part, India has certainly contributed much ‘soft power’ ranging from telecommunications to education, Bollywood movies and pop music. The building for the National Assembly was built with Indian assistance to support Afghanistan’s democracy. Indian reconstruction largesse, amounting to some $3 billion, has earned it goodwill and popularity.

Sitting across the table
India, which has been against holding talks with the Taliban for a long time, finally sent two retired diplomats, at the ‘non-official level’, to join them at the Moscow peace parleys in November last year. But India’s lengthy absence from regional diplomacy has resulted in its limited contribution to the negotiations that are necessary to stabilise Afghanistan.
The Afghan government would like to see India-China economic cooperation in Afghanistan that could boost progress and enhance human security. Last October, in a first, India and China started a joint training project for Afghan diplomats. They could expand cooperation by facilitating Afghanistan’s full membership of the SCO.
China’s leadership role of the SCO and contacts with all parties (the U.S., the Taliban, the Afghan government, Pakistan, Russia and the five Central Asian states) could give it a vantage in crafting a regional solution on Afghanistan. That should not prevent India and China from working together, bilaterally and in the SCO, to build a secure Afghanistan.
Story Code: 87586
Short url: http://www.payam-aftab.com/vdcfvtdc.w6deca7riw.html
Source : The Hindu
Reporter : Hafizullah Rajabi
Russian Minister: Delhi and Moscow are very much in sync on future of Afghanistan
India, China launch joint plan to train Afghan diplomats
​How China and India Can Help Secure the Peace in Afghanistan
Russia-India-China foreign ministers to meet soon to discuss Afghan situation & fluidity in geo-politics
Indian embassy in Afghanistan attacked: Was Pakistan involved?
Copyright© Payam-aftab.com, all rights reserved