The U.S. President Donald Trump has said that the regional countries, including India, Russia, and Pakistan should fight against the Taliban militants in Afghanistan.
Date of Publication : Thursday 3 January 2019 11:27 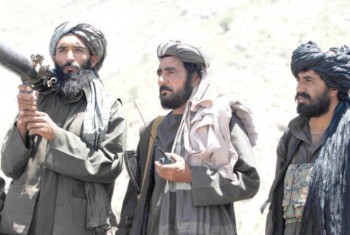 President Trump reportedly made the remarks during the first cabinet meeting chaired by him on Wednesday.
“Why is not Russia there? Why isn’t India there? Why isn’t Pakistan there? Why are we there? We are 6,000 miles away. But I don’t mind. We want to help our people. We want to help other nations,” President Trump told reporters in response to a question.
He also expressed dissatisfaction over New Delhi’s efforts towards peace and development in Afghanistan, emphasizing that the countries were not doing enough in the war-ravaged country.
“What other countries have done for the last long period of time is given us some soldiers and then talk about it like it’s the end of the world. And we are subsidizing their military is by billions and billions and billions of dollars, many, many, many times, what those soldiers cost that country,” Trump added.
In response to a question regarding India’s likely security role in Afghanistan, Trump said “We are going to be doing something that is right. We are talking to the Taliban. We are talking to a lot of different people.”
“But here’s the thing, because you mentioned India. India is there. Russia is there. Russia used to be Soviet Union. Afghanistan made it Russia, because they went bankrupt fighting in Afghanistan. Russia. So you tend to look at other countries. Pakistan is there. They should be fighting. But Russia should be fighting,” he said.
He also added that “The reason Russia was in Afghanistan was because terrorists were going into Russia. They were right to be there. The problem is it was a tough fight and literally they (Russia) went bankrupt.”