Security sources said five army forces were killed in a militants attack on a military base in Kandahar.
Date of Publication : Wednesday 2 January 2019 10:02 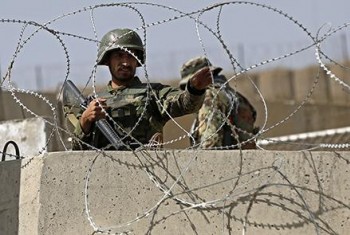 At least five army soldiers were killed in a militants attack in Maiwand district in southern Kandahar province on Tuesday night, security sources said.
Six other soldiers were wounded in the attack, sources said.
The attack took place after a group of militants made tunnel into an army base and attacked the army soldiers, the sources said.
Meanwhile, local officials confirmed the attack but did not provide details about casualties among army forces.
The officials said an investigation has started into the incident.
No group including Taliban has claimed responsibility for the attack.
Story Code: 87314
Short url: http://www.payam-aftab.com/vdceex8v.jh8fzik1bj.html
Reporter : Hafizullah Rajabi
Afghan gov wants more troops after Kandahar attack
Copyright© Payam-aftab.com, all rights reserved