China against abrupt withdrawal of U.S. troops from Afghanistan

A top Chinese diplomat has expressed opposition with an abrupt withdrawal of the U.S. forces from Afghanistan and has called on Washington for a responsible withdrawal from the country.
Date of Publication : Tuesday 1 January 2019 09:54 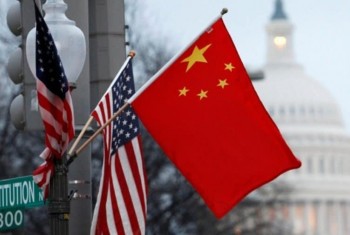 Lijian Zhao, deputy Chinese ambassador in Islamabad made the remarks during an interview with GTV News on Sunday.
“They [U.S.] have been in Afghanistan for 17 years. If they are leaving the country, they should try to leave in a gradual and a responsible way,” Lijan Zhao said.
He also emphasized the need for the Taliban and Afghan government to sit together and negotiate a political resolution to a war he said has been going on for nearly 40 years.
Only an Afghan-led and Afghan-owned process supported by international partners of Afghanistan could help end the hostilities, Lijian noted.
“If a civil war broke out after the U.S. withdrawal, the first countries affected will be Pakistan, will be China, and it will be the immediate neighbors. So, we have to sit together with the parties concerned so that we start a peace process,” he said.
This comes as reports emerged earlier suggesting that the U.S. President Donald Trump has mulling withdrawal of half of the 14,000 U.S. troops stationed in Afghanistan.
Story Code: 87265
Short url: http://www.payam-aftab.com/vdcji8eo.uqeamz29fu.html
Source : VOA
Reporter : Hafizullah Rajabi
​The Great Game is not a zero-sum deal
China, Afghanistan sign agreement on railway construction
China's thirst for copper could hold key to Afghanistan's future
Afghanistan to boost economic, security ties with China: Afghan FM
Petraeus on Afghanistan: 'We are in this to win'
Copyright© Payam-aftab.com, all rights reserved