A trilateral meeting of officials from India, Afghanistan and Iran on the strategically-important Chabahar port was held on Monday where they agreed on the routes for trade and transit corridors between the three countries.
Date of Publication : Tuesday 25 December 2018 09:20 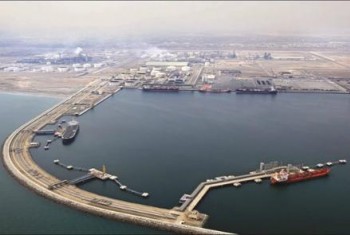 The first meeting of the follow-up committee for implementation of the trilateral Chabahar agreement between Afghanistan, India and Iran at the level of Joint Secretary or Director General was held in the Iranian port city of Chabahar, India’s Ministry of External Affairs (MEA) said.
On the occasion, India Ports Global Limited company opened its office and took over operations at the Shaheed Behesti port at Chabahar.
Positive and constructive discussions were held between the three sides on full operationalisation of the Trilateral Transit Agreement for international transit and transport through the Chabahar Port, the ministry said.
They agreed on the routes for the trade and transit corridors between the three countries, the MEA said.
"The agreement has been signed in the form of a memorandum so that other countries also join this corridor agreement,” said Iran’s Managing Director of Ports and Maritime Organization.
Rastad, by emphasizing that Iran is responding to the needs of the neighboring countries, stated that the Iran-India-Afghanistan Transit Corridor Agreement could be considered as an example, which its coordination council was held and its follow-up committee will be held in Chabahar.
The capacity of Chabahar port has been increased from 2 million tons to 8.5 million tons per year, and in the first eight months of this year, Chabahar port had 40 percent growth in activity compared to the same period last year.
Currently, Chabahar port has the ability to welcome ships with capacity of 100,000 tons.
Story Code: 87021
Reporter : Hafizullah Rajabi
India, Iran, Afghanistan hold first trilateral meet on Chabahar in Tehran
Iran, India Stress Need for Regional Cooperation to Solve Crisis in Afghanistan
Afghanistan Warns Iran over Fuel Ban
Afghanistan Urges Iran to End Fuel Blockade
Afghanistan seeks Iran help in stability efforts
Copyright© Payam-aftab.com, all rights reserved