Members of senate ask the US government to pull its troops out of Afghanistan based on a “regular plan”.
Date of Publication : Monday 24 December 2018 12:31 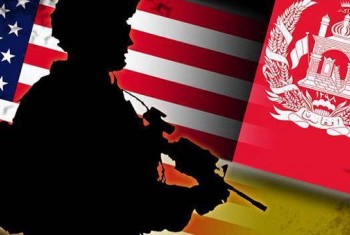 The comments come days after the US government announced to withdraw half (7,000) of its soldiers from Afghanistan.
The senators said Sunday that terrorist groups got more power during the past 17 years despite the presence of US and other NATO members’ troops. They said war had intensified and now the foreign troops should leave based on a regular plan considering the critical situation of Afghanistan.
Meanwhile, senators criticized the current peace process, saying that negotiations with Taliban were unclear that would not help to end war.
Story Code: 87003
Short url: http://www.payam-aftab.com/vdcjtyeo.uqeayz29fu.html
Reporter : Hafizullah Rajabi
How Obama's win went down in Kabul
60 Taliban militants lay down arms in N Afghan province
Helicopter reported shot down in Afghanistan
Afghanistan shuts down 150 Afghan, foreign aid groups
Afghanistan plays down Karzai's anti-West remarks