Pak, US finally agree on stance regarding Afghan peace process 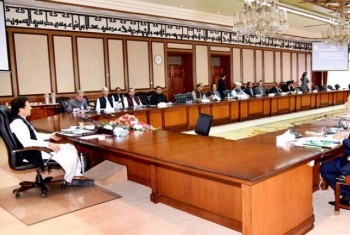 Pakistan Prime Minister Imran Khan on Thursday said that he is happy that the United States agreed with his party’s stance that there cannot be a military solution to the Afghan war.
While addressing a federal cabinet meeting, the premier spoke about his meeting with US Special Representative for Afghanistan Zalmay Khalilzad and said, “Khalilzad was sent by the US President Donald Trump to discuss the Afghan peace process and I am happy that I met him.”
“I am also happy that for the first time the US has recognised what we [PTI] have been saying for the past 15 years that there cannot be a military solution to the Afghan war,” he said.
“The US wants our help to establish peace in Afghanistan and I always believed that instead of ‘do more’ we should play a role in the Afghan peace process,” the prime minister told PAK cabinet members.
“We will try our best to establish peace in Afghanistan through dialogue,” he added while lamenting that “we were treated as if we were being given funds to fight someone else’s war”.
“It is good that we have gotten the chance to play the role of a mediator rather than fighting someone else’s war,” PM Imran said, adding that “Pakistan’s role in the region is now being recognised”.
“Pakistan has always played an active role to promote peace and reconciliation in Afghanistan and it is a matter of great satisfaction that the United States has recognised Islamabad’s contribution to this effect,” the prime minister was reported as saying.