​NATO says cost of staying in Afghanistan high, but not higher than leaving

The cost of NATO's presence in Afghanistan – financial and human cost - is high, but it is not higher than the cost of leaving, chief of the alliance said Monday.
Date of Publication : Monday 3 December 2018 15:40 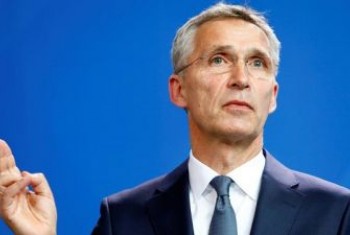 Secretary General Jens Stoltenberg delivered the remarks while addressing reporters ahead of the meetings of NATO foreign ministers.
“If NATO and its allies left Afghanistan, we have to be prepared that there is a high risk that the Taliban will come back and that different organizations will be able to gain ground and establish footholds in Afghanistan,” Stoltenberg said.
He admitted that the challenge in Afghanistan is ‘great’, but he said that NATO must continue to ensure that the country never again becomes a safe haven for terrorists.
NATO’s presence in the country is important to prevent it from once again becoming “a platform to plan, organize, execute terrorist attacks against our own countries,” he said.
On Islamic State, Stoltenberg said that the group in Afghanistan is working with the core IS in Levant.
“We have to be sure that the caliphate ISIS lost in Iraq and Syria is not re-established in Afghanistan,” Stoltenberg said.
On presidential election, Stoltenberg said that it is up to the Afghan authorities to decide exactly when they hold it, taking into account the security situation and other issues.
The two-day NATO foreign ministers’ meetings will begin on Tuesday. The ministerial will be concluded with a meeting of nations involved in Resolute Support mission in Afghanistan.
Story Code: 86453
Short url: http://www.payam-aftab.com/vdchxkn6.23n-md10t2.html
Source : 1TV
Reporter : Hafizullah Rajabi
​NATO Secretary General arrives in Afghanistan in an unannounced visit
​NATO pledges support for Afghanistan
Khalilzad says focus on peace accord, not withdrawal agreement
Taliban sit for second day with Afghan leaders in Moscow
Gen. Votel: ​Afghan Government Must be part of Talks
Copyright© Payam-aftab.com, all rights reserved