US drops record number of bombs on insurgents in Afghanistan

The United States has dropped more bombs and other munitions in Afghanistan in the first 10 months of this year comparing to any other full year in the last one decade.
Date of Publication : Saturday 1 December 2018 09:31 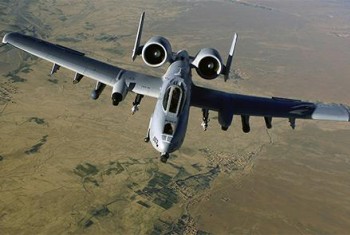 The report quotes US Air Force Central Command as saying that US forces released 5,982 munitions in Afghanistan and the coalition aircraft flew nearly 6,600 times between the start of 2018 and end of October, of which about 12 percent carried out strikes during that period.
The new figures reported amid the previous records show that in 2011, US forces dropped 5,400 bombs and munitions that was the highest number so far.
The latest figures surpass the previous annual record of about 5,400 recorded in 2011 at the height of the US troop surge. AFCENT’s figures include both bomb and missile strikes, 105mm shells fired by AC-130 gunships and strafing fire from 20mm cannons and up, read the report.
The figures given by the US Air Force Central Command (AFCENT) include both bomb and missile strike, 105mm shells fired by AC-130 gunships and strafing fire from 20mm cannons and up, the Stars and Stripes report said.
The bombing campaign has been part of the Trump administration strategy to force Taliban to sit in negotiating table, the report said.
The United Nations statistics meanwhile show that the bombing and airstrikes have taken casualties from civilians.
In addition to targeting the Taliban and other militant fighters, munitions this year have been used for “terrain denial” strikes — bombings intended to destroy positions and routes used by insurgents — and to target Taliban drug labs, military officials said, read the report.
In a latest airstrike on Tuesday, at least 23 civilians were killed in Garmsir district in Helmand province in the west of Afghanistan.
The incident took place during an operation involving Afghan and international military forces, when international military forces conducted an airstrike following engagements between the forces on the ground and Taliban, UN’s Afghanistan mission said in a statement on Friday.
Story Code: 86373
Short url: http://www.payam-aftab.com/vdcippav.t1aqy2lict.html
Source : Stars and Stripes shows
Reporter : Hafizullah Rajabi
‌Assessment: U.S. making little progress in Afghanistan as Taliban, ISIS remain active
Mattis: Privatizing Afghanistan war not a wise idea
American deaths in Afghanistan war reach 500
Analyst: Afghanistan becoming ‘graveyard’ of US troops
Afghanistan war unwinnable!
Copyright© Payam-aftab.com, all rights reserved