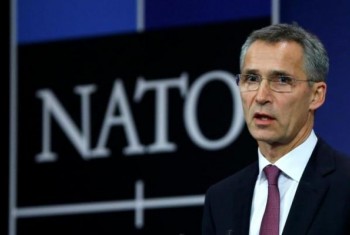 Stoltenberg addressing a news conference in Brussels ahead of the main phase of Exercise Trident Juncture of the alliance that will begin today in Norway said: “We do that, not by participating directly in peace talks, that’s not NATO’s role, but we support them politically. “
This is an important day because Trident Juncture is NATO’s biggest exercise since the end of the Cold War. It is ambitious and it is demanding. He added.
NATO’s Allies provided support, but our most important contribution to the peace process is to send a clear message to the Taliban and to other insurgents that they cannot win in the battlefield so we have to train, assist and advise the Afghan forces in a way that enables them to make it clear to the Taliban that they will not win on the battlefield, they have to sit down at the negotiating table. Stoltenberg added.
So that’s the main way we help Afghanistan in term of capacity building, train, assist and advise.
“We support the Afghan-lead and Afghan-owned peace process but at the same time he think that direct contacts between the US and Taliban was also valuable and I am absolutely certain that the US does what it can to make sure this is coordinated with Kabul. “
He said, for us the important thing is that it is an Afghan-lead and Afghan-owned peace process and I am absolutely sure that the US coordinate their efforts with Kabul and the Afghan government, and I know they have discussed their efforts several times.
Stoltenberg added: “It is also an issue we discuss when we meet in NATO and we will meet today so that will provides us with a new opportunity to have US and Afghanistan and all NATO Allies around the table to discuss the peace efforts and the peace process.”
Story Code: 85319
Source : Pajhwok
Reporter : Hafizullah Rajabi
NATO SG: "We continue to stay with the United States in Afghanistan”
NATO Opposes ‘Americanization’ of Afghanistan War
3 Americans, 2 NATO troops killed in Afghanistan
India`s congress leader Ahmed Patel: India doesn't need sermons from US on Afghanistan
Ghani: America stays here in Afghanistan
Copyright© Payam-aftab.com, all rights reserved