The US military has spelled out two things it wants Pakistan to do: de-link the Pakistan-based Taliban leaders from their cadres in Afghanistan and force them to participate in peace talks.
Date of Publication : Monday 8 October 2018 11:24 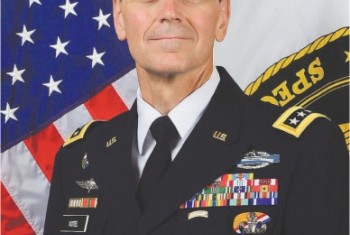 Gen Joseph L. Votel, commander, US Central Command (Centcom), explained the two points while commenting on Foreign Minister Shah Mehmood Qureshi’s recent visit to Washington at a Pentagon news briefing this weekend.
As Centcom chief, Gen Votel is directly responsible for the US-led war in Afghanistan, which also includes stopping the alleged cross-border attacks from Pakistan.
“And they need to do that by making absolutely sure that there are no instructions, direction, other things coming from Taliban leadership that remains in Pakistan to their fighters on the ground,” he said.
“They need to ensure that there can be no movement back and forth and that fighters can’t come back into Pakistan to get aid or medical care or other things with that.”
The Pakistanis also “need to use their influence with the Taliban to force the Taliban leadership to come to the table,” he added.
Responding to the argument that Pakistan may or may not have enough influence on the Taliban to force them to talk, Gen Votel said: “They can do this, they can put pressure on them to do this.”
On Oct 3, at the end of his 10-day trip to the United States, Mr Qureshi spoke at a seminar at the US Institute of Peace, Washington, where he challenged the assumption that Pakistan was still allowing Afghan militants to use its territory for conducting attacks into Afghanistan.
He urged the US military and members of Congress to visit Pakistan to review the situation. “We’ll take you anywhere you want to go, to show there are no safe havens any longer and that over the last two years, the dynamic in Pakistan have changed in regard to what Islamabad is doing to help bring a political solution to Afghanistan,” he said.
Commenting on the foreign minister’s statement, Gen Votel said: “There is no doubt, and we’ve acknowledged this, that Pakistan has conducted operations in their country to root out terrorist organisations in certain areas, particularly areas up along the border with Afghanistan.”
The general, however, also shared the US assessment of why Taliban were still able to attack targets inside Afghanistan. “We do assess there still is (Taliban) presence in Pakistan and we need them (Pakistanis) to continue to do that (push them out),” he said.
Referring to Mr Qureshi’s meeting with US Secretary of State Michael Pompeo and National Security Adviser John Bolton in Washington on Oct 2, Gen Votel noted that the Pakistani foreign minister emphasised his country’s determination to continue to support efforts for an Afghan-owned and led peace and reconciliation process.
“And he further acknowledged that peace and stability in Afghanistan was vital for their own stability and progress,” Gen Votel added.
The US military, he said, maintained regular contacts with Pakistani military leaders and discussed these and other issues with them.
“We need them to continue to stay engaged in this. We need them to help lower the violence in Afghanistan,” said the CENTCOM chief while explaining what US generals expect from their Pakistani counterpart.
Underlining the two things that he identified in his statement — de-linking Taliban leadership from their cadres and forcing them to talk — Gen Votel said: “Those are the two things that we have continued to emphasise with Pakistan” but “I do acknowledge that they have done a lot in their own country”.
Still, “there is more to do and it is those specific areas right there where we are seeking their closest assistance,” he added.