The Junbish Milli Party says some of the key political parties and movements held talks regarding the peace process with the Taliban and upcoming elections during their last meeting over the past one week.
Date of Publication : Thursday 9 August 2018 13:22 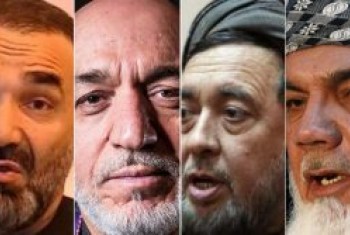 A spokesman of Junbish Party Bashir Ahmad Tahyanj said a consensus was reached during the talks between leaders of the political parties and movements in this regard.
He did not disclose further information in this regard but added that the details of the meetings would be shared with the people during a large gathering.
This comes as the Chief Executive of Jamiat Islami and member of the Grand National Coalition Ata Mohammad Noor had earlier said that important decision have been taken regarding the key national issues during a meeting with the former President Hamid Karzai and other political leaders.
Without disclosing further information, Noor said Sunday that the members of the leadership council of Grand National Coalition met with Hamid Karzai and other political leaders belonging to the Council for Protection and Stability in Afghanistan.
He said the meeting was organized in the office of the former President Hamid Karzai where important decisions were taken regarding the key national issues.
Story Code: 82908
Short url: http://www.payam-aftab.com/vdciv3av.t1aru2lict.html
Source : KP
Reporter : حفیظ‌الله رجبی
Ghani: Dostum could come back to Afghanistan soon
Taliban Vows to Disrupt Afghan Elections
Afghan interior minister: Summer elections safer
US welcomes decision on Afghan elections for August
​UN mission in Afghanistan voices concern as violence peaks ahead of elections
Copyright© Payam-aftab.com, all rights reserved