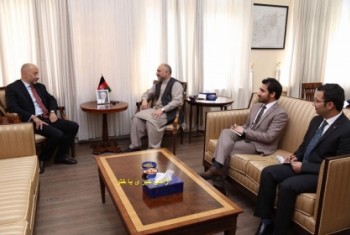 At the beginning of the meeting, NSA Atmar congratulated winning of World Football Cup to French ambassador.
Praising France for its positive role and participation in NATO summit, NSA considered the country’s support as key for stability in Afghanistan and the region.
Both sides discussed increasing activities of terrorist groups in Afghanistan and the region and stressed on further cooperation in counter terrorism effort and the migration issues.
They also discussed life condition of Afghan migrants in France and their repatriation.
French ambassador to Kabul said that they were ready for cooperation and discussion regarding repatriation of Afghan migrants and providing facilities in this regard.