Revolutionary Association of the Women of Afghanistan(RAWA) 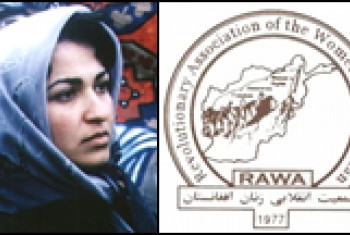 During Jihad era, RAWA’s activities were focused in Quetta, Pakistan. Aided by ASO, RAWA established schools with hostels for boys and girls, a hospital for refugee Afghan women and children in Quetta. In addition, it conducted nursing courses, literacy courses and vocational training courses for women.
RAWA also conducted demonstrations and reunions in Islamabad and Rawalpindi which were reflected in Pakistan and West countries’ media. In recent years on the of Day of coming to power of the Jihadi groups in Kabul in April 28, 1992, the Revolutionary Association of the Women of Afghanistan (RAWA) took out a protest rally in Islamabad and Peshawar and denounce it as the Black Day.
For the purpose of propagating, RAWA launched a bilingual (Persian/Pashtu)  (Message of Woman) magazine, Payam-e-Zan (Woman's Message) in 1981. Publication of this magazine is on-going and by-issues in Urdu and English for non-Persian/Pashtu speakers.  The focus of RAWA’s political struggle has been against the Mujahidin, Islamic theology and Islamic groups not only in Afghanistan but also all over the world.  RAWA has a special struggle against radical Islamic groups which has been reflected in its propaganda and activities. As an example Malalai Joya a RAWA member called the Mujahidin leader criminals and demanded their trial in Afghan constitutional council in 2003. Joya's rude comments, sparked outrage among the Council members and chairman Sibghatullah Mujaddedi. This made the Maoists, communists and secular intellectuals, and even United Nation and western organizations defend her. Mrs Malalai Joya was then represented Farah province in Afghanistan Parliament.
RAWA’s Political, cultural, educational, serving and informing activities among refugees in Pakistan and inside Afghanistan and its propaganda in Europe and America to vitalize the association and transport its ideology and political manners from generation to generation might be considered seriously.
Story Code: 40005
Short url: http://www.payam-aftab.com/vdcamwny.49nww1gtk4.html
Islamic Society of Afghanistan
Islamic Society of Afghanistan
Nationalism; A big challenge in Islam world
Islamic Party of Afghanistan
Afghanistan People’s Mission Party
Copyright© Payam-aftab.com, all rights reserved