People's Democratic Party of Afghanistan was the most important, the most organized and the most comprehensive communist party which seized the political power through conducting 1978 coup.
Date of Publication : Tuesday 8 February 2011 18:13 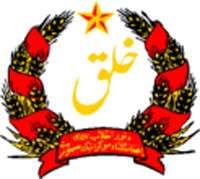