There follows a synopsis of what has been written in a book titled “Commencement and Consequences of Political Movements in Afghanistan” about People’s Party.
Date of Publication : Thursday 15 May 2008 15:32 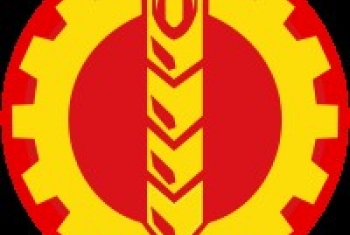 “Unofficially, in 1329 (1950), People’s Party was set up by Abdulrahman Mahmoodi contemporary with Watan Party (Homeland Party). This party, socially and organizationally, correspond to Wish Zalmian and Homeland Parties to some extent, and politically, their objectives do not differ greatly. Campaign for administering justice for people’s rights, democracy, establishment of political parties, speech and press freedom, balanced separation of the three authorities in governmental system, battle for eliminating Divrand boarder line between Afghanistan and Pakistan were some of the aims of People’s Party which were printed in the first issue of “People’s call” (Neda-e- Khalq) publication.
This party, its social structure, seemed to be more widespread in comparison to Wish Zalmian Party, and had more specific and clearer strategies similar to Homeland Party. The most significant aspect of distinction of People’s Party from Homeland Party was the political, social and economical multilateral slogans of Homeland Party which were on the basis of announced Secularism thoughts and were believed to be so-called national bourgeoisie by the leftists, however, People’s Party which was composed of intellectuals, tradesmen and storekeepers supported merchant classes with more severe slogans, paying attention to establishment of democracy founded on Islam. People’s Call, weekly publication of unofficial party of People, commenced to be published on 12 Hamal, 1330 (September 15, 1951), after issuing 29 issues was confiscated at the threshold of 8th round of national council election accused of having printed the statute of People Party in Saratan 1330(January, 1952). The staff of People’s Call publication included Dr, Abdulrahman Mahmoodi, proprietor, engineer Wali Ahmad Ataee, Mahmoodi’s son-in-law, editor in chief, Abdulhamid Mobarez, Mohammad Yousef Aineh, Nour Mohammad and Mohammad Shayan. The weekly was published had a weekly circulation of 1500 in Farsi and Pashto languages. In 1331, on account of a demonstration in protest for the outcome of 8th round election of national council the existence of People Party like Wish Zalmian Party and Homeland Party vanished. The summits of the Party including Dr, Mohammad Rahim Mahmoodi, Mohammad Azim Mahmoodi, Aman Allah Mahmoodi, Dr, Nasrallah Yousefi, Mohammad Naeem Shayan, Nour Alam Mazlum Yar Maidani, Mohammad Younes Mahdizadeh, and Mohammad Yousef Aineh were imprisoned.
The number of members of the party has been mentioned to be around 200 whose famous ones are as follows:
Doctor Abdulrahman Mahmoodi, Mulana Khal Mohammad Khasteh, Mohammad Naeem Shayan- finance ministry clerk, Engineer Wali Mohammad Ataee, Doctor Nasrallah Yousefi, Doctor Abdul Rahim Mahmoodi, Mohammad Azim Mahmoodi, and Mohammad Aman Mahmoodi – Doctor Abdulrahman Mahmoodi’s brothers, Abdulhamid Mobarez, Mohammad Yousef Aineh, Noor Mohammad Typist , Mohammad Aslam –rice sellers solicitor, Doctor Abdullah Wahedi- university professor, engineer Faqir Mohammad Loudain, Mohammad Aslam- one of mangers in education department during Amanullah Khan (educated in France), Noor Alam Mazlum Yar Maidani, Mohammad Younes Mahdizadeh, Mohammad Sulaiman Mahdizadeh.
Doctor Abdul Rahman Mahmoodi, leader and ideologist of People Party, was born in 1288 (1909) in Kabul, he was from Momand tribe whose relatives were mainly rice traders, and considered one of the first physicians educated from medical department of Kabul university, at first being a member of Wish Zalmian Party.
Mahmoodi was nominated as the representative of Kabul people in national council parliament, establishing people’s party in 1329(1950). Subsequent to 8th round of national council parliament in 1330, he was accused of leading a provocative demonstration against the government, and was imprisoned for ten years along with political leaders including Mir Qulam Mohammad Qubar. Mahmoodi died some months after his release from prison in 1344.
The statute of People’s party makes the Communists claims of Mahmoodi having tendencies toward Marxism null and void, since Islam promotion has been set as one of the main duties and objectives of the party in the 2nd point of its statute, which is different from justified and even hypocritical expressions like respect to Islam or following the basics of holy religion of Islam. Therefore, it is not an acceptable proof to see him as a Communist, for his brothers changed to Communism. (2)
Commencement and Consequences of political movements in Afghanistan, pages 202, 207. The same source, pages, 202, 212. Mesbahzadeh , Sayyid Mohammad  Baqer. Commencement and Consequences of political movements in Afghanistan, Ketab Shah Mohammad publication, first issue, Kabul, 1354. page 236.
Author: Sayed Mohammad Bagher Mesbahzadeh