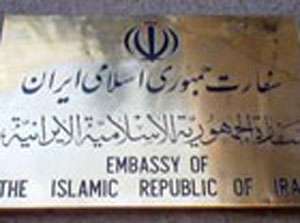 Written by ebrahimi      Iran's Embassy in Kabul on Wednesday issued a communiqué announcing Iran and India's emphasis on need for regional cooperation to solve lingering crisis in Afghanistan. According to IRNA, the agreement on such need was reached between India's new Ambassador to Kabul Jayant Prassad and the Islamic Republic of Iran's Ambassador to Kabul, Fada-Hossein Maaleki.
According to IRNA correspondent in Kabul, the two sides referred to comprehensive regional cooperation as "an effective measure aimed at solving the Afghan crisis," while considering global assistance in that regard, led by the United Nations "important" in that respect.
The two sides during the meeting also emphasized that solving the ongoing problems in Afghanistan by resorting to military force would not be possible.