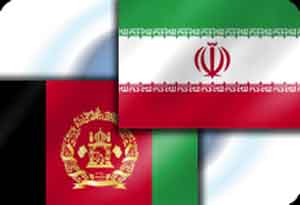 An Iranian Foreign Ministry official says the Islamic Republic has always backed the establishment of peace and security in Afghanistan. Mohammad-Ebrahim Taherian, director of the Afghanistan Affairs Office at Foreign Ministry, said Tehran believes that establishing security in Afghanistan is in the interest of its neighbors and the international community. Speaking in Tokyo on the second day of a meeting of the Joint Coordination and Monitoring Board - a committee working to implement Afghanistan's five-year reconstruction plan - Taherian also said Iran has taken the responsibility of granting a $560m gratuitous loan to Afghanistan over a five-year period. Iran has assisted Afghanistan in infrastructure installations, technical and educational services and cash aid, he said, adding, “Iran's major assistance to Afghanistan has been the construction of infrastructure such as bridges, roads and electricity supplies.” He also voiced the Islamic Republic's deep concern over the increasing production of narcotics in Afghanistan. He blamed drugs for security woes and an expansion of terrorism in Afghanistan.